We’ve all seen the commercials claiming that their basketball shoes can withstand anything. You know what? That’s not necessarily true. Sure, some shoes are more durable than others but running 2-3 miles every game they’re all going to fall apart eventually.

The real question is: How Long Do the Basketball Shoes Last?

If you’re playing basketball five times per week, your shoes would only last a month. More precisely, if you’ve passed the 500 miles i-e 70 hours, it’s recommended to replace your basketball shoes. NBA players usually replace their shoes after a few games.

An important question in considering the durability of shoes is where do you play the game? The concrete material of outdoor courts can do much more harm to the lifespan of your shoes compared to the glossy indoors. 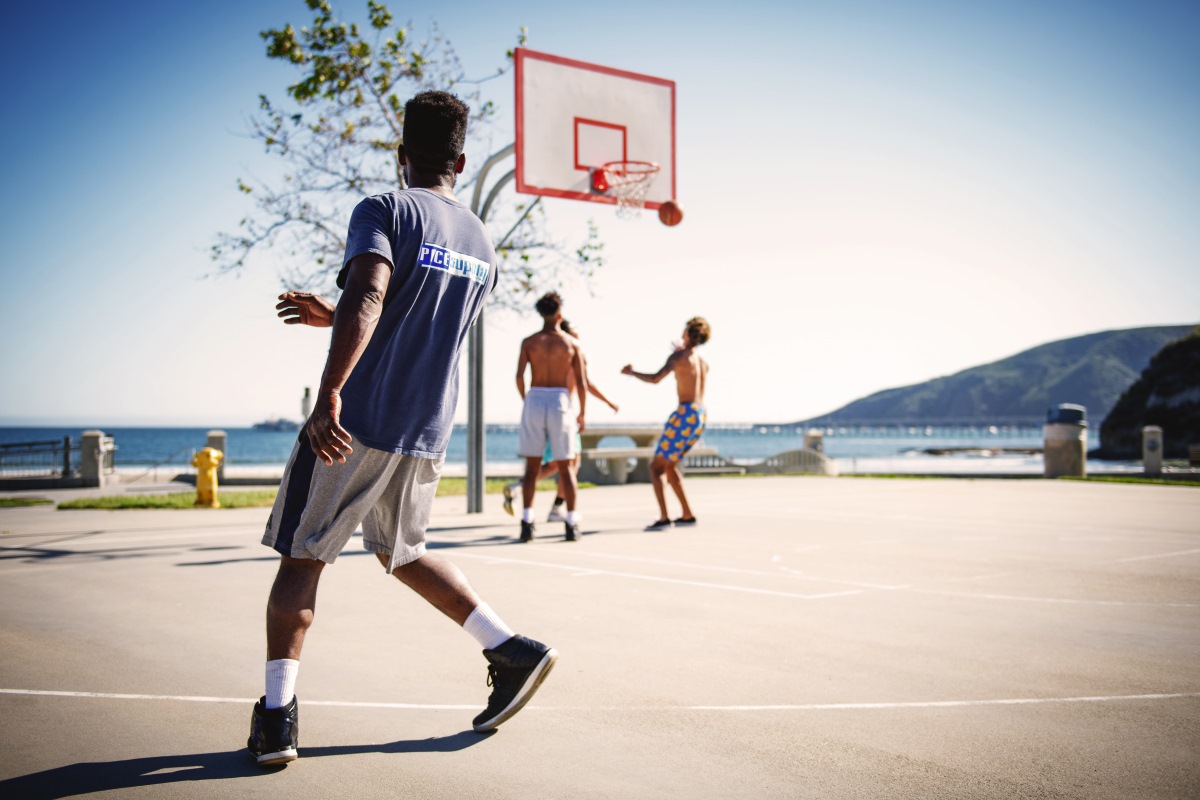 If you’re using the same shoes indoors and outdoors, you’ll notice how the shoe’s bottom is impacted. In this article, we’ll discuss all the possible aspects of the longevity of basketball shoes.

How Do You Know When Your Shoes Are Worn Out?

So how do you tell the shoe needs replacing, you ask? There are three simple rules to go by to know when your shoe needs to go to the garbage.

1. The first and probably the most common way to tell when your shoe needs replacement is when the tread starts bottoming out. Or perhaps when there is no longer any thickness.

If the rubber has been worn through and bottomed out, the chances are that foam in the midsole underneath it has too.

Plus, when you’re just walking on the racing skids or running while playing basketball, there’s nothing to give you any grip. That’s when you start getting into issues like knee hyperextension and ankle sprains.

2. The second way to tell your shoe needs replacing is obvious midsole creasing. It’s not the creasing that you have to look closely. It’s the ones that are quite obvious to the naked eye from about a foot away.

Midsole creasing is those oblique and vertical lines going through the midsole, making them look like someone scrunched up the shoe.

Now, this is different from the normal stamping or decoration that’s on a lot of shoes. These stress lines mean that the shoe has lost its ability to disperse energy or reabsorb energy. Because once the midsole is visibly crumpled up, that usually means that it doesn’t have any elasticity and has given up.

Air is getting in there and starting to harden up. That will leave your foot much prone to more shock-inducing injuries such as plantar fasciitis, Achilles’ sinus, knee, hip back spine issues.

3. Last but not least, the third way to tell if your shoes need replacement is to get a calculator or a notebook out. Start calculating mileage because a shoe is only good for about 500 miles. That is based on a runner with a consistent heel-to-toe gate who is dispersing energy pretty evenly throughout the shoe.

Practically speaking, it’s going to change for basketball players or tennis. During a basketball game, you’re going to run two and a half-mile as long as you’re playing half-court.

Regardless of the game you play, you’re going to be putting many abnormal stresses on the shoe.

Generally, people like to say that after 300-500 miles, they should replace a shoe. But, let’s be real. An average basketball player, a runner or a jogger is not going to keep track of mileage.

So, if you’re using your basketball shoes three times per week, the shoes might last for three months.

Worn Soles, uneven wear, nagging aches, and pain are other factors that would help determine if the shoes are worn out. Moreover, they’ll feel flat, unlike in a pair of new shoes.

Quick Tip; keep your shoe mileage on Garmin connect. This app allows you to track the mileage of your shoes and gives you a good idea of when your shoes are done.

How Can You Increase the Longevity of Your Basketball Shoes?

There are three factors that impact the longevity of basketball shoes.

First, your weight vs the size or shape of your foot. If you are a heavier individual with a relatively smaller foot size and a high arch, then your shoe cushioning will not last long, as you are putting a lot of compression force on a smaller part of the foam.

Second, very hot and very cold conditions also impact shoe life. But what kills them is a constant change between hot and cold. If you live in desert-type conditions with blazing hot days and bitterly cold nights, be prepared for wallet pain with shoe updates.

Third, sweat and chemicals break down cushioning a bit faster, as do solvents, acids, etc. If you work in cleaning, sweat a lot in a humid area, or work near petrochemicals, it’s replacement time more often than you may like.

Tip: Alternating between a daily trainer and a stability shoe within the same brand can help to last the shoes longer.

How To Select Basketball Shoes for Outdoors That Will Last Long?

There are a few important aspects you need to look out for when buying a pair of basketball shoes for outdoors that will last long. The first being the rubber outsole. A sturdy rubber outsole is extremely important to tackle with the rough and concrete of the outdoor courts. The rubber outsole helps with the bottom grip of the shoes. 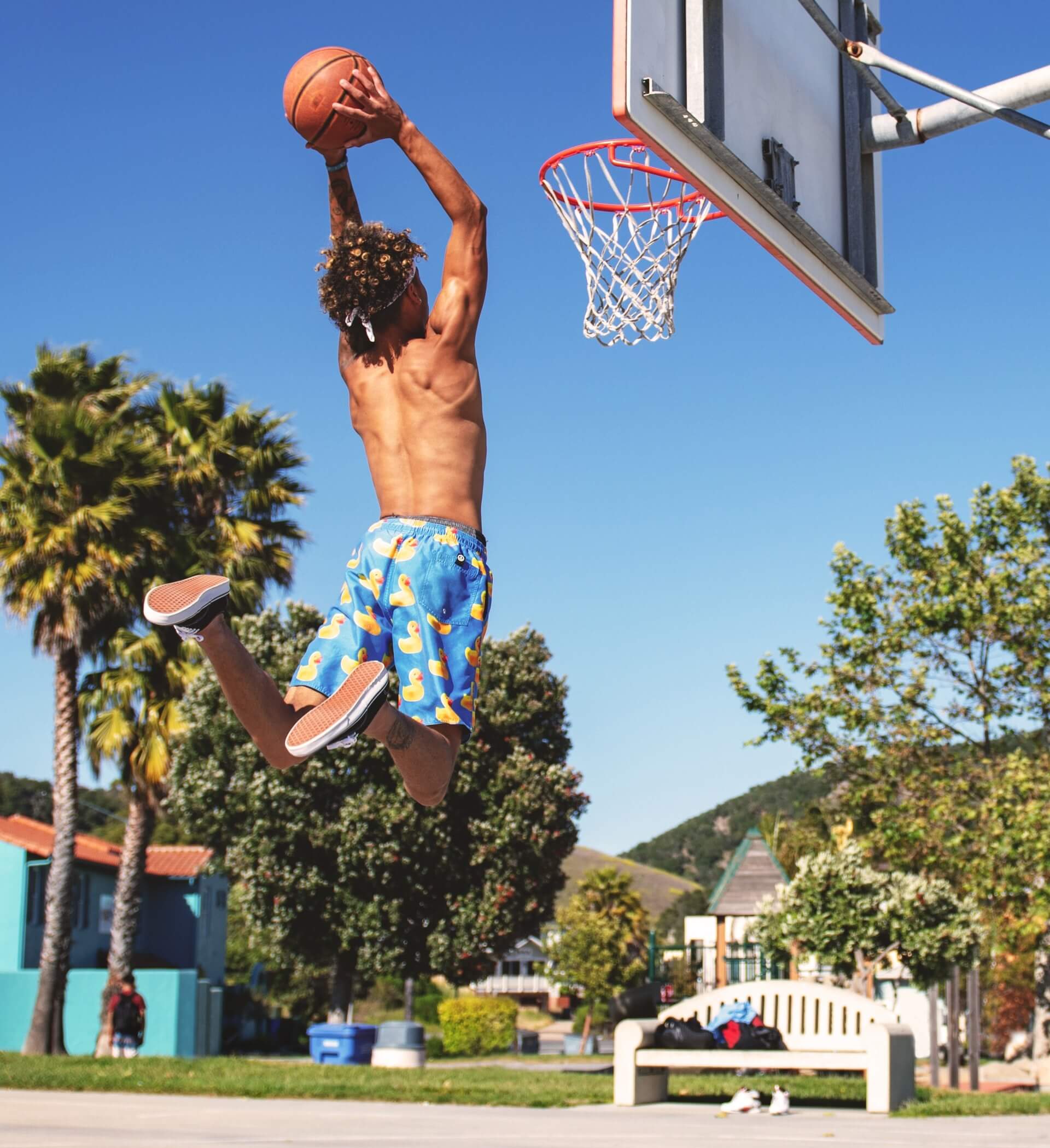 Next up is cushioning. Cushioning is the capacity of a shoe to absorb all kinds of forces exerted on it. If you’re playing on asphalt, unlike the wooden floors of indoor courts it won’t bend, So, when you’re jumping and landing, you want a secure cushioning that absorbs all the force exerted on it.

The third is toe track. The durability of the toe area is one of the most important parts when looking for outdoor shoes. If the material is super thin and flimsy or there’s no fuse or protection in the upper area, then it’s probably not the best option to buy.

How Long Do NBA Players Use the Same Shoe?

NBA players have access to luxuries that a common man can only dream about. One such luxury is an unlimited supply of the best basketball shoes. Even though they have access to all the best shoes made in the world, however, that doesn’t mean that all players play each game in a new pair of shoes.

Some play 2-3 games in the same pair, namely Matt Barnes, Norris Cole, and Isaiah Thomas. Some even go up to a week or two, i-e, Justin Holiday, Klay Thompson, and Rodney Stuckey.

Most of the players try to use the shoes as long as it doesn’t affect their overall game.

Anderson Varejao is probably the only player who is most likely to use the same pair until it wears out. He has played almost around 20-25 using the same pair.

So, most of the time, people don’t rely on the mileage or the appearance of the shoes. If the shoe feels/works fine it is suggested to use it till it serves no purpose.